Open Discussion on “Dedication to the Service of the Church” 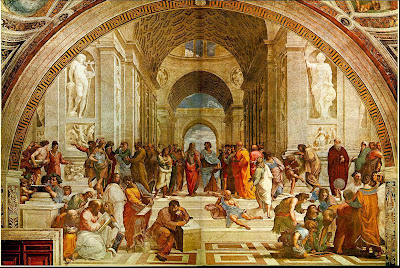 One of the most controversial topics I write about here on “Sponsa Christi” is what is meant concretely when Canon Law, the Church’s liturgy, and other magisterial documents describe consecrated virgins as being “dedicated to the service of the Church.”

As regular readers know, I believe that the phrase “dedicated to the service of the Church” should be understood as indicating that consecrated virgins are, under ordinary circumstances, expected to be literally dedicated (i.e., “totally given over”) to works which directly and demonstrably further the Church’s mission. Usually, I think this would mean that a consecrated virgin would be involved in some kind of Church-sponsored, or at least Church-related, work on something like a full-time basis.

Since I’ve written on this topic before, I know that there are many people who disagree with me on this—which is perfectly legitimate, since it doesn’t seem that the Church has yet issued an authoritative clarification on exactly how a consecrated virgin’s call to service should affect her day-to-day life.

However, while I respect those who have a different point of view than I do on this, there is still one element of these kinds of responses which strikes me as odd. Namely, I don’t think any of my “opponents” have ever articulated a positive theological argument as to why “dedication to the service of the Church” should be understood as meaning anything other than literal dedication to serving the Church in direct ways.

In other words, while people have often pointed out the ways in which they believe that I am wrong, I haven’t come across anyone here who has given a cogent argument as to why they believe that their differing view is right.

So, I’m trying something a little different in this post!

If you believe that for consecrated virgins, “dedication to the service of the Church” means something other than what I think it means; and if you have a cogent, positive rationale for your position, you are invited to share it here in the comment box.

But first, some ground rules:

1. Be respectful, and please presume my intelligence, education, and good will, as well that of all others here. (No one here believes the things they do because they are intellectually careless or because they somehow harbor a desire to mislead people!)

2. By posting here, you are given me permission to reprint and discuss your comment on this blog (in either this post or in a future post, depending on the volume of the responses I receive). If you have a problem with this, please refrain from participating in this discussion.

3. You must advance a whole, internally consistent interpretation by means of a positive argument. That is, it has to be an interpretation that can stand on its own. (You can’t just point out the areas in which you think that someone else is mistaken.)

5. Comments are moderated, and I reserve the right to delete comments which I feel are off-topic or seriously disrespectful. Also, since my intention in creating this post is to foster wholesome mutual theological discussion, I may delete this entire post if I feel that it’s fostered an unhelpful and overly heated debate.

6. No anonymous commenting. If you have something to say, you have to be willing to sign your name (or at least pseudonym or a screen name) to it!

Also, as background, here are some previous posts I’ve written on what I think it means to be “dedicated to the service of the Church”: 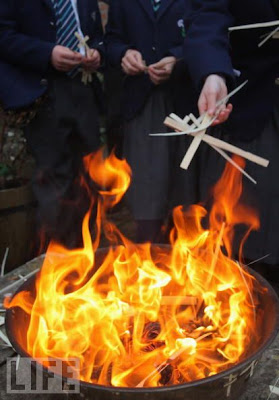 In their affliction, they shall look for me: “Come, let us return to the LORD, for it is he who has rent, but he will heal us; he has struck us, but he will bind our wounds.

He will revive us after two days; on the third day he will raise us up, to live in his presence.

Let us know, let us strive to know the LORD; as certain as the dawn is his coming, and his judgment shines forth like the light of day! He will come to us like the rain, like spring rain that waters the earth.”

(Also, check out this video of Archbishop Dolan on Ash Wednesday.)
Posted by Sponsa Christi at 1:53 PM No comments: