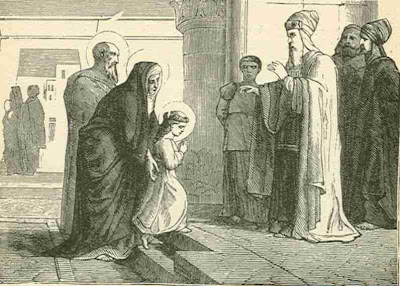 Recently in her blog, “Notes From Stillsong Hermitage” diocesan hermit Sr. Laurel O’Neal has written several posts with the aim of articulating on the nature of consecrated virginity as a distinctly “secular” vocation. (There are many posts in her series on this, but for some examples see here, here, here, and here.)

Without meaning to spark off a huge inter-blog debate, I do think it would be good for me to respond in at least a general way to Sr. Laurel’s series of posts on consecrated virgins, especially since “Sponsa Christi” was quoted or alluded to in several places.

* By “negative” I of course don’t mean negative in the moral sense of “bad” or “evil.” To come to a more in-depth understanding, I’m just trying to consider secularity according to what it is not, in addition to considerations on what it is.
** But at the same time, I do want to point out that it’s not good to maintain too strict a division between an understanding of the Church as “the people of God” and an understanding of the Church as a visible institution—this is setting up a false dichotomy.
*** Although there are things which, although some commentators might call them “quasi-religious” which are actually proper to consecrated life in general, and thus appropriate if not necessary for consecrated virgins. Examples of this might include a commitment to a truly simple way of life or a basic level of accountability to some external authority figure.
Examples of things which might be “quasi-religious” in a way that was truly inappropriate for consecrated virgins could be things like: a focus on one specific type of apostolic work; a intensely characteristic devotion to a particular “founder,” saint, or specific kind or set of devotional prayers; or a deep sense of commitment to the following a detailed “Rule” or horarium (i.e., a devotion to a specific schedule which became a central element to one’s interior life.)
Posted by Sponsa Christi at 7:37 AM 11 comments:

Feast of All Saints 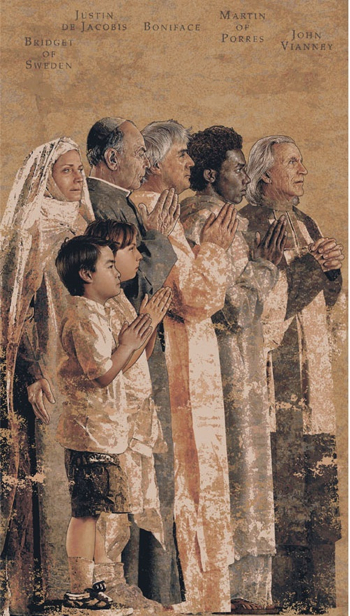 The souls of the righteous are in the hand of God,
and no torment shall touch them.
They seemed, in the view of the foolish, to be dead;
and their passing away was thought an affliction
and their going forth from us, utter destruction.

But they are in peace.

For if to others, indeed, they seem punished,
yet is their hope full of immortality;

Chastised a little, they shall be greatly blessed,
because God tried them
and found them worthy of Himself.

As gold in the furnace, he proved them,
and as sacrificial offerings he took them to Himself.

In the time of their judgment they shall shine
and dart about as sparks through stubble;
They shall judge nations and rule over peoples,
and the LORD shall be their King forever.
Those who trust in him shall understand truth,
and the faithful shall abide with him in love:
Because grace and mercy are with his holy ones,
and his care is with the elect.