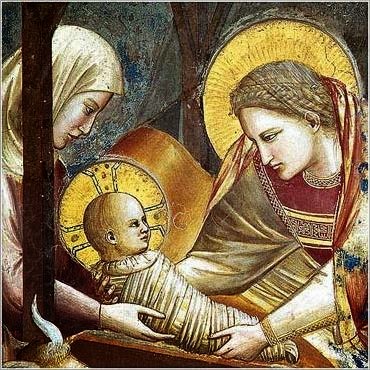 “Today, indeed, He was born after the manner of men, of a Virgin, but was begotten of the Father before all things, resembling His mother in body, His Father in power.

God of God, born of a Virgin, Righteousness from the Father, Power from the Mighty One, Light of Light, not unequal to His Father; nor separated in power, not confused by extension of the Word or enlargement as though mingled with the Father, but distinguished from the Father by virtue of His generation.