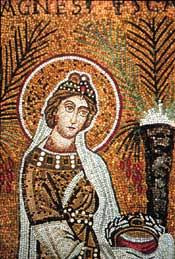 Longer answer: It depends on what exactly you mean by “lay.”

In various Church documents, the words “lay” and “laity” are used to mean slightly different things in different contexts.

In one sense of the term, “laity” can refer to anyone who isn’t clergy, i.e. those who have not received the sacrament of Holy Orders as a bishop, priest, or deacon.* In this sense, even a strictly cloistered nun with solemn vows would be considered “lay,” because she hasn’t been ordained. (And also in this sense, the phrase “laywoman” would be redundant, since women cannot receive Holy Orders and thus are always categorically “lay.”)

This use of the word “laity” is often seen in questions related to the governance of the Church and the administration of the sacraments. For instance, a “lay judge” in a marriage tribunal is simply a non-ordained canon lawyer appointed to the office of Judge, whether that person be a religious Sister, a married father of three, a single unmarried woman, etc.

The other sense of the term “lay” refers to those members of the faithful** who are not ordained and also are not in any public state of consecrated life recognized by the Church.*** In a lot of ways, this is the more robust and more popularly used sense of the word. We see the Church referring to the laity in this strong sense in documents specifically describing the role of the lay faithful, such as Christifideles laici. We also see this sense of the term “lay” in the way that the government of the universal Church is organized. I.e., the Vatican Dicastery for the Laity, Family, and Life serves and oversees issues related to the laity who are not in consecrated life; whereas issues pertaining to non-ordained religious are handled by the Congregation for Institutes of Consecrated Life and Societies of Apostolic Life.

However, consecrated virgins (at least those “living in the world”) are considered “secular,” another word which can have shifting nuances in meaning depending on the context. My own interpretation of the word “secular” when applied to the vocation of consecrated virginity is as essentially a synonym for “living in the world.” That is, it simply distinguishes us from those cloistered nuns who may also receive the Rite of Consecration to a Life of Virginity, and indicates that we are not “religious” in the strict sense of being professed members of a religious institute. In this way, consecrated virgins are “secular” in the same way that diocesan priests are called “secular clergy.”

Of course, being secular in even this somewhat restricted sense of the term still has some practical and spiritual consequences. Consecrated virgins, like secular priests, can own and mange their own property, for example. Also, all religious communities require some level of “cloister,” or obligation of presence within one’s own religious house. By not having this obligation, consecrated virgins and secular clergy can in some ways be more immediately present to the faithful at large.

Nevertheless, I don’t think that this specific usage of the word “secular” means that the Church envisions consecrated virgins (or secular priests) as having lifestyles that are indistinguishable from the majority of the secular lay faithful. Even while members of the Ordo virginum are not “religious” technically speaking, and even if our Evangelical life won’t look exactly the same as those who live in convents and monasteries, consecrated virgins are still called to live the Evangelical Counsels in a radical way. (cf. the 2018 Instruction Ecclesiae Sponsae Imago, 27)

** Incidentally, the word “faithful” refers to all Catholics—and in some contexts, to all baptized Christians, whether Catholic or non-Catholic—regardless of their state in life.

*** For instance, see the Vatican II document Lumen gentium in its section of the laity, especially LG 31: “The term laity is here understood to mean all the faithful except those in holy orders and those in the state of religious life specially approved by the Church. […]” Note that before the new Code of Canon Law was published in 1983, the word “religious” was often used in Church documents in an inclusive way referring to all recognized forms of consecrated life, not just membership in a religious institute.

Posted by Sponsa Christi at 6:35 PM