Back To the World 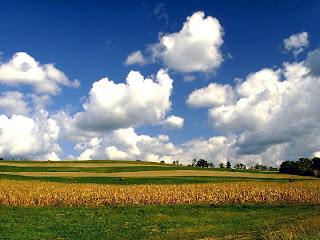 Today was my first day back home after my long retreat, which was followed by the two and a half day USACV information conference in Chicago.

I am very grateful to everyone who prayed for me while I was on retreat, as all the time spent “alone with the Alone” made me very aware of both the need for and the reality of grace.

The details of the gifts received during a retreat are by nature extremely private, so I really can’t share too much of the experience. But I do have a few observations which may be helpful, even while being just the very tip of the iceberg:

First, I am so glad that I decided to take the time and the trouble to make a retreat like this. It was incredibly helpful. When I first started talking about making a long silent retreat to prepare for my consecration, several people questioned whether something as dramatic as this (although I don’t consider a long retreat to be really dramatic when compared with a novitiate) was truly necessary in my situation. Now after having done it, I feel that it was indeed necessary and important for me to have the opportunity for an extended conversation with God before this January, when I make a permanent commitment and assume a new identity in the Church.

I also think it’s good to note that long retreats like this are very Biblical. Many of the prophets (and also some people like St. Paul) spent time in the wilderness either in conjunction with receiving their vocation, or in preparation for their public mission. Jesus Himself took forty days to fast and pray before manifesting Himself as the Christ.

It would seem that God tends to like deserts, or at least He likes using them for His purposes in forming His people. When you are in the middle of nowhere, there is a very real sense of having nothing but God—but this makes it easier then for God to be everything. I think that there is a beautiful allusion to this concept in the famous passage from the book of Hosea: “So I will allure her; I will lead her into the desert and speak to her heart.”*

Of course, I was near Peoria, which is hardly a literal wilderness. But having not been in Illinois since I was an infant, this is the first time I really had an opportunity to see the Midwestern scenery. But unlike many people who find the miles of cornfields boring, I was delighted by the vastness and simplicity of the landscape. In some ways, its starkness was reminiscent of a real desert, even though much of our nation’s food was growing in those fields. As oxymoronic as this must sound, it was like sort of a fruitful desert—so the cornfields were actually a very good visual metaphor for my entire retreat!

I was further humbled and inspired by the example of the Congregation of St. John, with whom I stayed. Though our concrete daily circumstances are quite different, the sincerity and love with which the Brothers and Sisters of St. John live their religious life taught me a lot about how I can live my own consecrated life as a “convincing sign of the kingdom of heaven.”** I was very moved by their generosity and kindness towards me, as well as by their love of silence, their spirit of poverty, and their deep fraternal charity.

Yet I haven’t found my coming back to the world to be particularly difficult or distracting. On a human level, it is kind of a relief to be able to talk to people (and to blog!) again, and it’s great to see my family. But more importantly, the whole point of making a retreat like this is to learn how to love God faithfully within the context of your own vocation. And you have to come back home—perhaps you could even say to “the daily grind”—before you can start to do this.
*Hosea 2:16
** from the Rite of Consecration. See the examination immediately following the homily.
Posted by Sponsa Christi at 9:53 PM

Sponsa-Christi, I just wanted to mention that I am glad you were able to make it to the information conference the USACV had recently. One of the younger CV's there (a friend of Archbishop Burke's) told me that she clarified with him there that her consecration by an auxiliary bishop was valid. I assume that was shared with the rest of the group? I've been meaning to email you on this but thought it might be nicer to post it on your blog.