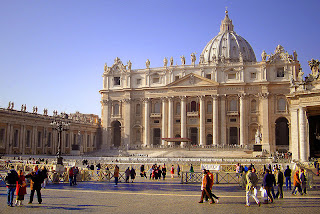 One theme that constantly repeats itself whenever the vocation of consecrated virginity in the world is discussed is the paucity of pertinent information. Unlike religious life or the priesthood, which have been the subjects of vast amounts of commentary by the magisterium, presently the Church has not provided very much in the way of authoritative guidelines as to how this state in life should be lived out concretely. (I would even venture to say that this general lack of universal norms could contribute to some ambiguities in the theological understanding of this vocation.)

But this situation is really understandable, as the revival of this ancient form of consecrated life is a fairly new phenomenon. Also, a lack of legislation could indicate a lack of abuses—which would be a very good thing!

Yet the Church has written authoritatively on consecrated virginity in several places, which I share with you here. Even if the amount of information does not seem to allow for extensive knowledge of this vocation, it at least gives us an opportunity for a comprehensive view.

Everything which I reprinted here was copied verbatim (with internet links as I was able to find them). If anyone can think of another official Church document where consecrated virginity is mentioned, please let me know so I can include it in this list.

From the Catechism of the Catholic Church:

922. From apostolic times Christian virgins, called by the Lord to cling only to him with greater freedom of heart, body, and spirit, have decided with the Church’s approval to live in a state of virginity “for the sake of the Kingdom of heaven.”

923. “Virgins who, committed to the holy plan of following Christ more closely, are consecrated to God by the diocesan bishop according to approved liturgical rite, are betrothed mystically to Christ, the Son of God, and are dedicated to the service of the Church.” By this solemn rite (Consecratio Virginum), the virgin is “constituted…a sacred person, a transcendent sign of the Church’s love for Christ, and an eschatological image of this heavenly Bride of Christ and of the life to come.”

924. “As with other forms of consecrated life,” the order of virgins established the woman living in the world (or the nun) in prayer, penance, service of her brethren, and apostolic activity, according to the state in life and spiritual gifts given to her.” Consecrated virgins can form themselves into associations to observe their commitment more faithfully.

Can. 604 §1. Similar to these forms of consecrated life is the order of virgins who, expressing the holy resolution of following Christ more closely, are consecrated to God by the diocesan bishop according to the approved liturgical rite, are mystically betrothed to Christ, the Son of God, and are dedicated to the service of the Church.

§2. In order to observe their own resolution more faithfully and to perform by mutual assistance service to the Church in harmony with their proper state, virgins can be associated together.

7. It is a source of joy and hope to witness in our time a new flowering of the ancient Order of Virgins, known in Christian communities ever since apostolic times. Consecrated by the diocesan Bishop, these women acquire a particular link with the Church, which they are committed to serve while remaining in the world. Either alone or in association with others, they constitute a special eschatological image of the Heavenly Bride and of the life to come, when the Church will at last fully live her love for Christ the Bridegroom.

80. The rite for the consecration of virgins at present found in the Roman Pontifical is to be revised.

Update 9/27/2009: From Apostolorum Successores, the 2004 Directory for the Pastoral Ministry of Bishops:

104. Consecrated Women - An inestimable service is given to the Church in countless ways by consecrated women in religious institutes, in societies of apostolic life, in secular institutes, and in the order of virgins, and it is hoped that in the future this service will expand even further. For this reason, the Bishop takes special care to provide suitable and, if possible, abundant resources for their spiritual growth, their Christian instruction, and their cultural enrichment.

The Bishop should show particular concern for the order of virgins, who are dedicated to the service of the Church, entrusted to the Bishop’s pastoral care and consecrated to God at his hands. Bearing in mind the formation needs of consecrated women today, not dissimilar to those of consecrated men, the Bishop should assign chaplains and confessors to them from among the best at his disposal, distinguished by a good understanding of consecrated life and by their piety, sound doctrine, ecumenical and missionary spirit.

The Bishop should also be vigilant that consecrated women are given sufficient opportunities for participation in different diocesan structures, such as diocesan and parish pastoral councils, where these exist, in the various diocesan commissions and delegations, and in the direction of apostolic and educational initiatives in the diocese. They should also be involved in decision making processes, especially in matters directly affecting them. In this way they can bring to the service of God’s people their particular sensitivities and their missionary fervour, their unique gifts and the fruits of their experience.

But the primary resource for understanding the Church’s teaching on this state in life is the Rite of Consecration to a Life of Virginity for Women Living in the World, which is too long to be reprinted here. I encourage everyone who reads this blog to familiarize themselves with the rite as well. One unique (and in my opinion, wonderful) aspect of this vocation is that virtually everything you need to understand it is contained in its rite.

Similarly, there are several liturgical books which include prayers pertaining to consecrated virginity. The rite itself is contained in the Roman Pontifical and is mentioned in the Ceremonial of Bishops. The Sacramentary also contains a preface to be used with the Eucharistic Prayer during a consecration Mass.
Posted by Sponsa Christi at 10:58 PM

There are two older documents in which consecrated virginity as such is mentioned, though they are not devoted to consecrated virginity written in the world--they were written at a time when a formal consecration of virgins in the world was not done. Sacra Virginitas is a very good document on virginity. You probably already know about it, but in any case it's all round a great text. Another document that goes through some of the history of consecrated virgins is Sponsa Christi. I don't know if it has been translated into English. On the Vatican website they have versions in French, Italian, and Spanish.

Here are some quotes I've translated, actually from the Latin text:


Christian virgins, “the most illustrious portion of Christ’s flock,” moved by love, setting aside all the cares of the world and overcoming the division of the heart which it is easy to have and is full of danger, not only devoted their whole selves to Christ as the true spouse of souls, but surrendered their whole life, adorned with the gems of all the Christian virtues, forever to Christ the Lord himself and to the Church. This mystical surrender of virgins to Christ and this giving of themselves to the Church was accomplished in the first Christian centuries spontaneously [sponte] and more by deeds than by words.

Later, when the virgins formed not only a class, but a well defined state and an order recognized [receptum] by the Church, the profession of virginity began to be made publicly, and thus to be strengthened by an ever stricter bond. Later on the Church, when it accepted the holy vow or resolution of virginity, consecrated the virgin inviolably to God and to the Church by a rite so solemn, that it is justly ranked among the most beautiful monuments of the ancient liturgy; and she clearly distinguished her from others, who bound themselves to God only by private bonds.
...
Especially after the peace granted to Christians, and after the example of the hermits and cenobites, the consecration to God of virginity begin to be ever more frequently completed and confirmed by the explicit and public profession of the counsels of poverty and a stricter obedience… The Church recommended generally to virgins common life understood in a broad sense, but for a long time she did not wish to rigorously impose the monastic life even upon consecrated virgins, whom with all the honor due them, she left free in the world. Still, these liturgically consecrated virgins who lived in their own home or lived a freer common life, constantly diminished until in many places they disappeared de iure, everywhere de facto. Moreover, they were generally not re-established, and later on were even prohibited.