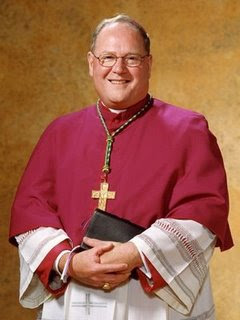 Yesterday it was announced that Archbishop Dolan is to succeed Cardinal Egan as the Archbishop of my home diocese, the Archdiocese of New York. It’s been very exciting to read about this online and to talk to people back home, even while it is tough to be away studying in another region of the country when all this is going on.

It’s very convenient that the announcement was made just before Lent. Now I definitely know for whom I’ll be offering up a majority of my prayers and sacrifices for the next forty days! (Though I will of course still be praying for Cardinal Egan daily; I’m sure I will be—quite literally—eternally grateful to him for approving my consecration.)

“In a statement, Archbishop Dolan addressed New Yorkers, saying, ‘My brother bishops, priests, religious women and men, seminarians, committed Catholics of this wonderful Church, I pledge to you my love, my life, my heart, and I can tell you already that I love you, I need so much your prayers and support, I am so honored, humbled, and happy to serve as your pastor.’”

Posted by Sponsa Christi at 8:29 PM